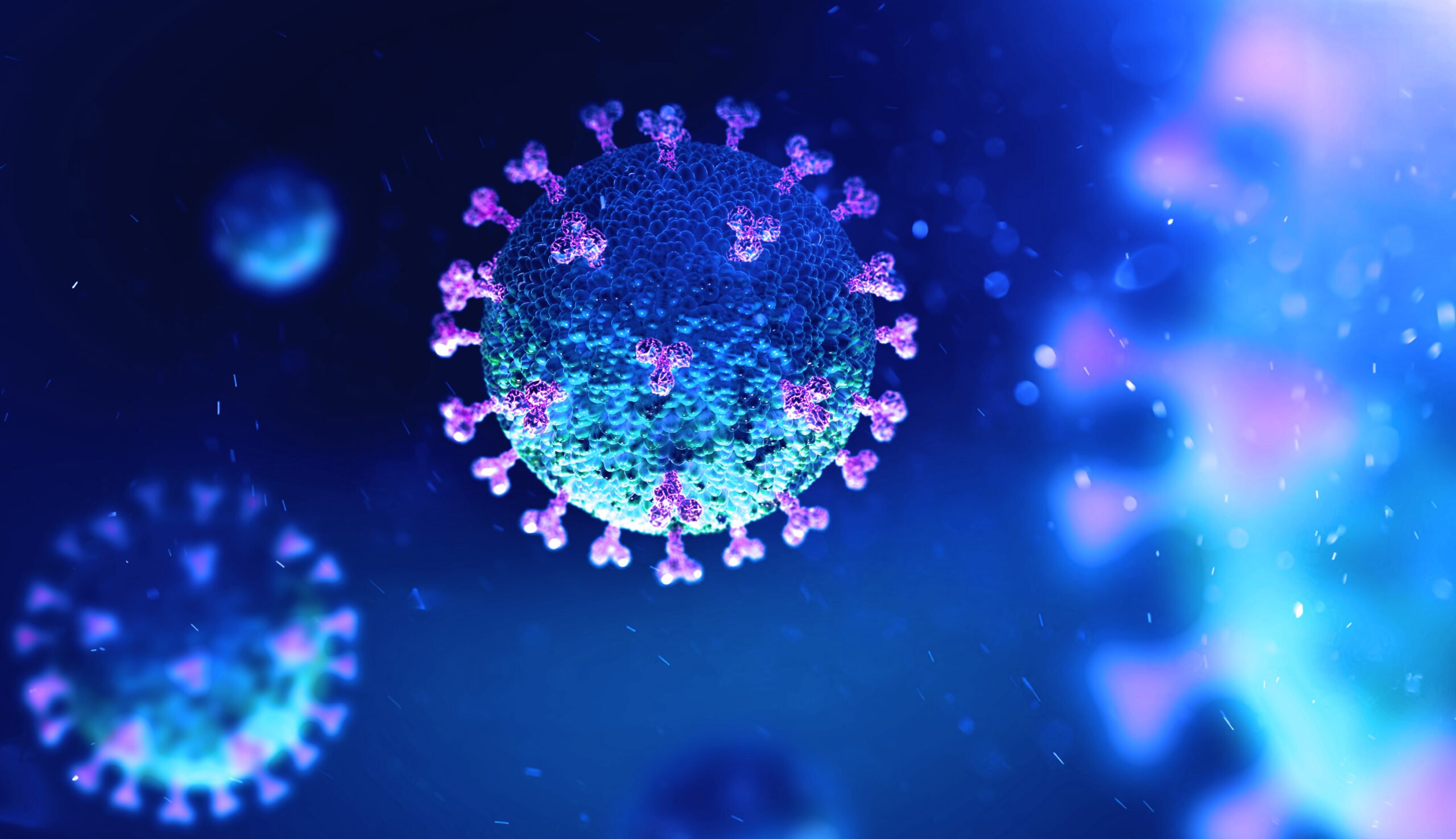 We have not chatted about COVID in a while.  However, with the rapid increase in cases in certain parts of the country, I thought it might be time to share some of the newest information.

The virus has a new version with a single amino acid substitution: glycine for aspartic acid.

At a glance, the mutation seemed trivial.  About 1,300 amino acids serve as building blocks for a protein on the surface of the virus.  However, the location was significant.  The switch occurred in the part of the genome that codes for the super important “spike protein” – that protruding structure that gives the coronavirus its crownlike profile.  This spike allows it to enter the human cell the way a burglar picks a lock.

And its ubiquity is undeniable.  Of the approximately 50,000 genomes of the new virus that researchers worldwide have uploaded to a shared database, about 70% carry the mutation known as “G” to scientists (official designation D614G).

HOW A VIRUS WORKS

SARS-CoV2 can be thought of as an extremely destructive burglar. Unable to live or reproduce on its own, it breaks into human cells and takes over their biological machinery to make thousands of copies of itself. That leaves a trail of damaged tissue and triggers an immune system response that for some people can be disastrous.

This replication process is messy. Even though it has a “proofreading” mechanism for copying its genome, the coronavirus frequently makes mistakes, or mutations. The vast majority of mutations have no effect on the behavior of the virus.

But since the virus’s genome was first sequenced in January, scientists have been on the lookout for changes that are meaningful. And few genetic mutations could be more significant than others.  Particularly any mutations that affect the spike protein — the virus’s most powerful tool.

Hyeryun Choe, a virologist at Scripps Research, has studied spike proteins and the way they bind to the ACE2 receptor since the severe acute respiratory syndrome outbreak in 2003.

The spike protein for SARS-CoV2 has two parts that don’t always hold together well. According to Choe, the virus that arose in China, the outer part frequently broke off. Equipped with this faulty lock pick, the virus had a harder time invading host cells.

“I think this mutation happened to compensate,” Choe said.

Studying both versions of the gene using a proxy virus in a petri dish of human cells, Choe and her colleagues found that viruses with the G variant had more spike proteins, and the outer parts of those proteins were less likely to break off. This made the virus approximately 10 times more infectious in the lab experiment.

The mutation does not seem to lead to worse outcomes in patients. Nor did it alter the virus’s response to antibodies from patients who had the D variant, Choe said, suggesting that vaccines being developed based on the original version of the virus will be effective against the new strain.

A New York team offers a different explanation as to why the variant is so infectious. Neville Sanjana, a geneticist at New York University, suggests that the improvement is actually in the infection process. He hypothesized that the G variant is more efficient at beginning the process of invading the human cell and taking over its reproductive machinery.

Jeremy Luban, a virologist at the University of Massachusetts Medical School who has also been experimenting with the D614G mutation, has been drawn to a third possibility: His experiments suggest that the mutation allows the spike protein to change shape as it attaches to the ACE2 receptor, improving its ability to fuse to the host cell.

British researchers also found evidence that people with the G variant had more viral particles in their bodies. Although this higher viral load didn’t seem to make people sicker, it might explain the G variant’s rapid spread, the scientists wrote. People with more virus to shed are more likely to infect others.

Currently, these are all theories.  Sometimes, what happens in the lab does not translate to the outside world.  Time will tell.  In the meantime, keep your networking group relatively small.  Social distance with others and wear your mask (properly) in indoor public spaces.  Make smart lifestyle choices to maintain and healthy and happy immune system. COVID is still here and still a threat.

If you are wondering how and why your illness occurs and find out how Radiance Functional Medicine can restore your health by addressing the root causes of disease for each individual. We're committed to changing your life, and getting you back to your old self. Our systems orientated and personal methodologies are dedicated to helping you feel your best and reaching your full potential – inside and out. Call us on (303) 333-1668 or email us and take the first step in healing yourself.

Why is the Mediterranean Diet So Healthy?
January 30, 2023

The Art of Balancing Your Blood Sugar
December 22, 2022

Cultivating an Attitude of Gratitude
November 24, 2021

Is consistent exercise part of your New Year’s Resolutions? Already struggling with that goal now that it’s February?⁠
⁠
I have a simple hack to help you… ✨ The FITT principle! ✨⁠
⁠
The FITT principle is an effective method of making exercise a habit. Follow this sequence when creating a new exercise habit. Too often people start an exercise program trying to do too many days / week with intense exercise for a long time. Follow the order of these steps whenever you feel ready to add a new layer to your exercise regime.⁠
⁠
🏋️ Frequency. ⁠
Take your goals into consideration and select a training frequency that will help you achieve those goals. It’s important to remember that overtraining is common, so include some rest days in your routine.⁠
⁠
🏋️ Intensity.⁠
If you're starting an exercise regimen for the first time, you don't want to make it too difficult. This can result in burnout, injuries, and a lack of desire to exercise again.⁠
➡️ Start at a level that feels right for you.⁠
➡️ Slowly increase the difficulty of your workouts as your strength and endurance improve.⁠
⁠
🏋️ Time.⁠
It’s recommended to exercise for at least 150 minutes per week. However, when you are starting out, start with shorter workouts. Even 10-15 minutes at first are beneficial to help build the habit.⁠
⁠
🏋️ Type.⁠
This component refers to what kind of exercise you choose to do. It’s important to pick something that you enjoy doing, so you’ll want to do more and the habit of exercising will build naturally! Some ideas include:⁠
🔹Walking⁠
🔹Dancing⁠
🔹Weight training⁠
🔹Running⁠
🔹Cycling⁠
🔹Parkour⁠
🔹Bouldering⁠
⁠
Solidify your goals by writing down your FITT choices onto paper, then put them into action! Have you ever tried the FITT principle? Comment YES or NO below!⁠
⁠
⁠
#fitgoal #healthgoals #fitnessgoal #functionalmedicine #exercisebenefits⁠ ...

It’s so important for your long term health. We all need it.. check out Dr. Tracy’s breakdown on a recent study.

Want to know what’s in your kitchen cupboard that can help reduce stress & anxiety? Here are the top foods to include in your daily life!⁠
⁠
✅ Salmon⁠
Salmon is full of brain supporting nutrients such as vitamin D, EPA, and DHA. These nutrients can help support and regulate the neurotransmitters serotonin and dopamine.⁠
⁠
✅Chamomile tea⁠
Chamomile is famous for its stress-busting properties. Chamomile is thought to support various neurotransmitters including dopamine, serotonin, and GABA which all can impact feelings of anxiety.⁠
⁠
✅Berries⁠
Berries are rich in antioxidants which protect the body from the effects of stress.⁠
⁠
✅Eggs⁠
Eggs are chock full of minerals, amino acids, vitamins, and antioxidants that can help make the body more resilient to stress. Choline, a nutrient that’s found in high levels in eggs, has been shown to be particularly helpful in supporting overall brain health.⁠
⁠
✅Shellfish (oysters, clams, mussels, etc)⁠
Shellfish are one of nature’s multivitamins! They are rich in zinc, copper, taurine, selenium, and more which can support neurotransmitters and help to regulate the body’s stress response.⁠
⁠
✅Garlic⁠
Garlic can help support the body’s stress response. It is rich in sulfur compounds that are precursors to glutathione. Glutathione is considered the “master antioxidant” and can help support mitochondria health.⁠
⁠
✅Leafy greens⁠
These are chock full of magnesium and other nutrients that get depleted when stress runs rampant in the body.⁠
⁠
Which one of these foods is your favorite?⁠
⁠
⁠
⁠
⁠
⁠
#hormonesmatter ⁠
#balancinghormones ⁠
#hormonebalancer ⁠
#hormoneimbalance⁠
#hormonehealth⁠
#hormonehealthcoach ⁠
#hormonalimbalance⁠
#hormonalhealth⁠
#femalehormones⁠
#anxiety⁠
#stressless ...

“I have experienced the highest level of functional medical concierge care from Dr. Tracy. The personalized treatment plan that she designed for me has eliminated the symptoms that I was previously experiencing. I have never felt better! The entire staff goes above and beyond in every area. They are always to respond to any question or request that I may have and are an absolute delight to work with. I have never experienced this level of professional and personalized care!”

“I’m so thankful to have found Dr. Tracy as my functional medicine doctor. My skin is not flaring up with eczema anymore even when I don’t have the best diet! Since working with Dr. Tracy, I feel much healthier and can tell a huge difference in my skin! Definitely recommend her if you’re looking for a more holistic approach to your health!”

Appreciate the thoughtful and focused time I get with Dr. McCubbin. She answers my questions and explains the why behind how I was feeling. In just a few months my energy levels completely turned around.” –

Dear Dr. McC – I am constantly grateful that you are in my life.

“Thank you so much for the holiday recipe booklet, so anxious to try your recipe for Thumbprint cookies, Shari! Such fun the other night, you two are amazing. Thanks for your knowledge and wisdom.”